Our Father which art in heaven, hallowed be thy name.
home sasha jayze relationship links 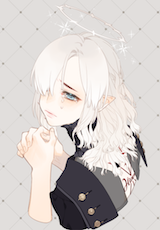 loud sounds, inappropriate levity, the sight of someone else's blood

Prefers simple clothing– business casual or high-end athlesiure, depending on what the environment calls for– primarily in black and grey. Has perpetual dark circles under his eyes. Wears cross necklaces often. Tends to tie his hair back in a low ponytail, styles it more carefully when trying to look more presentable. Associated with demon motifs.

Sasha grew up wealthy, and had a mostly uneventful childhood because of this. He lived in Lobnya, Russia as a child, and was fairly unremarkable for most of his life: quiet and well-behaved, if a bit cold. He started to get into fights as a younger teen, somewhat often, but was rarely scolded as firmly as he should have been, as it was dismissed as a teenage phase. He realized around this time that he doesn't feel emotions very strongly, if at all, and he used pain– his own and others'– as a way to feel something more. It escalated to him killing someone when he was 19, which is the last time he remembers feeling something akin to happiness, and is therefore something he secretly craves. He's disturbed by this now, and he's very uncomfortable with seeing other people hurt because he doesn't trust himself to resist temptation.

He was raised in a religious household, but he felt a lot of conflict in regards to his faith when he was a teen, and only returned to it after his incident. His father died when he was 16, and his mother succumbed to an illness when he was 20. No longer having any family ties keeping him in one place, and deperate to run from his own sins, he moved to the US when he was 21. His parents left him quite a bit of money– he doesn't live very extravagantly, and he invests his money carefully, so he doesn't really have a proper job to support himself. He does odd jobs here and there, and he volunteers at local churches as a way to keep himself busy.

Despite not feeling much emotion, he does experience intense guilt and shame over anything that he sees as a "sin"– he doesn't feel sorry for the things he's done, but he knows he should, and that's the source of his guilt. He's very fixated on earning God's forgiveness, and he believes that God won't forgive him until he's learned how to feel like he's done bad things and repent for it. He believes that being "punished" will teach him how to repent properly, and has a bit of an obsession with suffering.

Sasha seems dangerous but almost never is. He's very careful about what he does and how he interacts with other people. He's extremely difficult to anger, but he's very intense on the rare occasions that he does get angry– he doesn't shout or make threats, but he can easily become violent. He tends to be very cold, and he has a very blunt affect.

He prays often, and believes very strongly that spoken prayer has more power than a silent, internal prayer. He cries somewhat frequently, but it's always in relation to his own sins and to God. He wants to be an ordained priest, but he isn't. His religious views are based in Christianity, and he attends a Catholic church, but he has a very warped view of God, the Bible, and the teachings of the church.

Sasha is very frugal, and doesn't like to buy unnecessary things. He's fairly out of touch with modern technology, because he doesn't see it as necessary. He has a cellphone and a simple laptop, but he uses both very infrequently.

He has a fascination with American foods, particularly when something is deep-fried when it doesn't seem like it should be. Fried pickles are his favorite, but he very much enjoys the sorts of strange fried foods that tend to show up at state fairs. He also has an inexplicable fondness for oven-baked casseroles, particularly the sorts that call for a whole jar of Cheez Whiz or minute rice.

Sasha and Jayze are "in a relationship", though not in a traditional way. Sasha has his own sort of affection for Jayze, but it isn't expressed in a way that most people would be able to recognize. Over time, he came to view Jayze as a divine being, and he believes that he was sent by God as a sort of guardian for him, and to punish him. He sees this as a very positive thing, and he's grateful for it. Because he views Jayze as divine, he's very protective of him, and occasionally a bit posessive. One of the few things that angers him quickly is seeing Jayze hurt, as he sees it as blasphemous. He also has a tendency to unquestioningly believe that anything Jayze does or says is morally right, and as such, will do things that he'd normally view as sinful if he has Jayze's blessing.

Sasha does not have any living family, and he deliberately has a very solitary life. 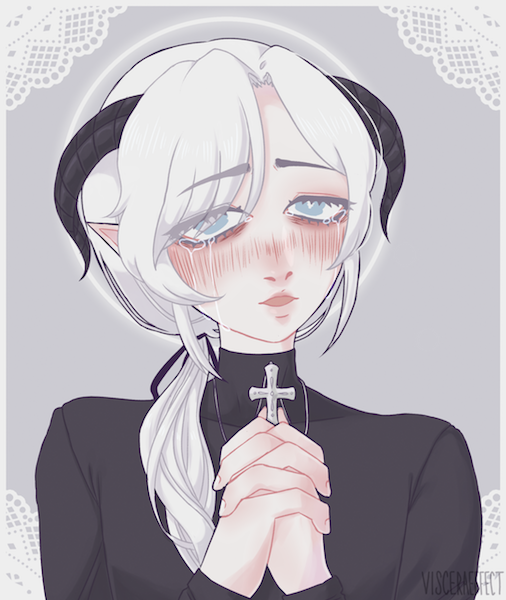 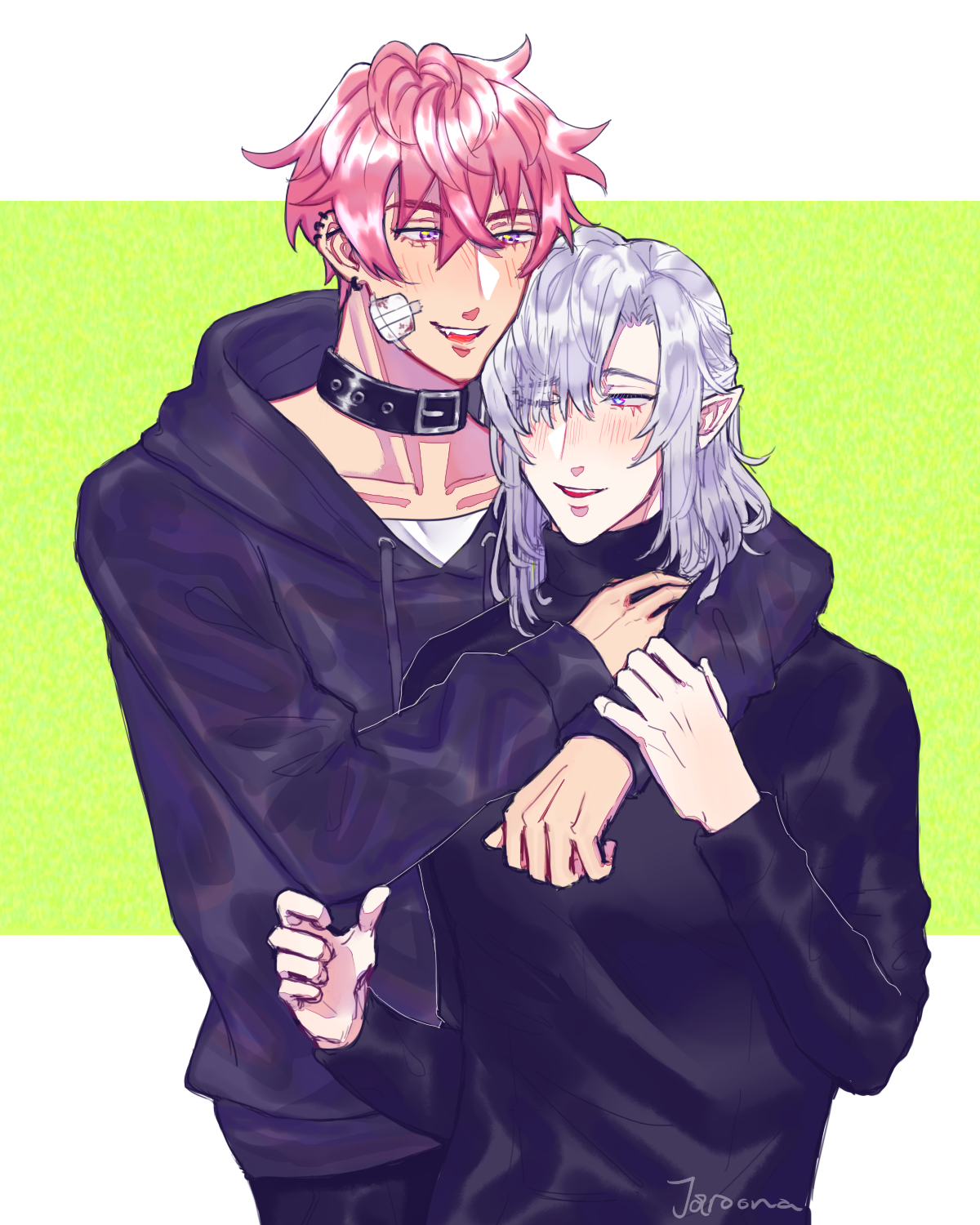 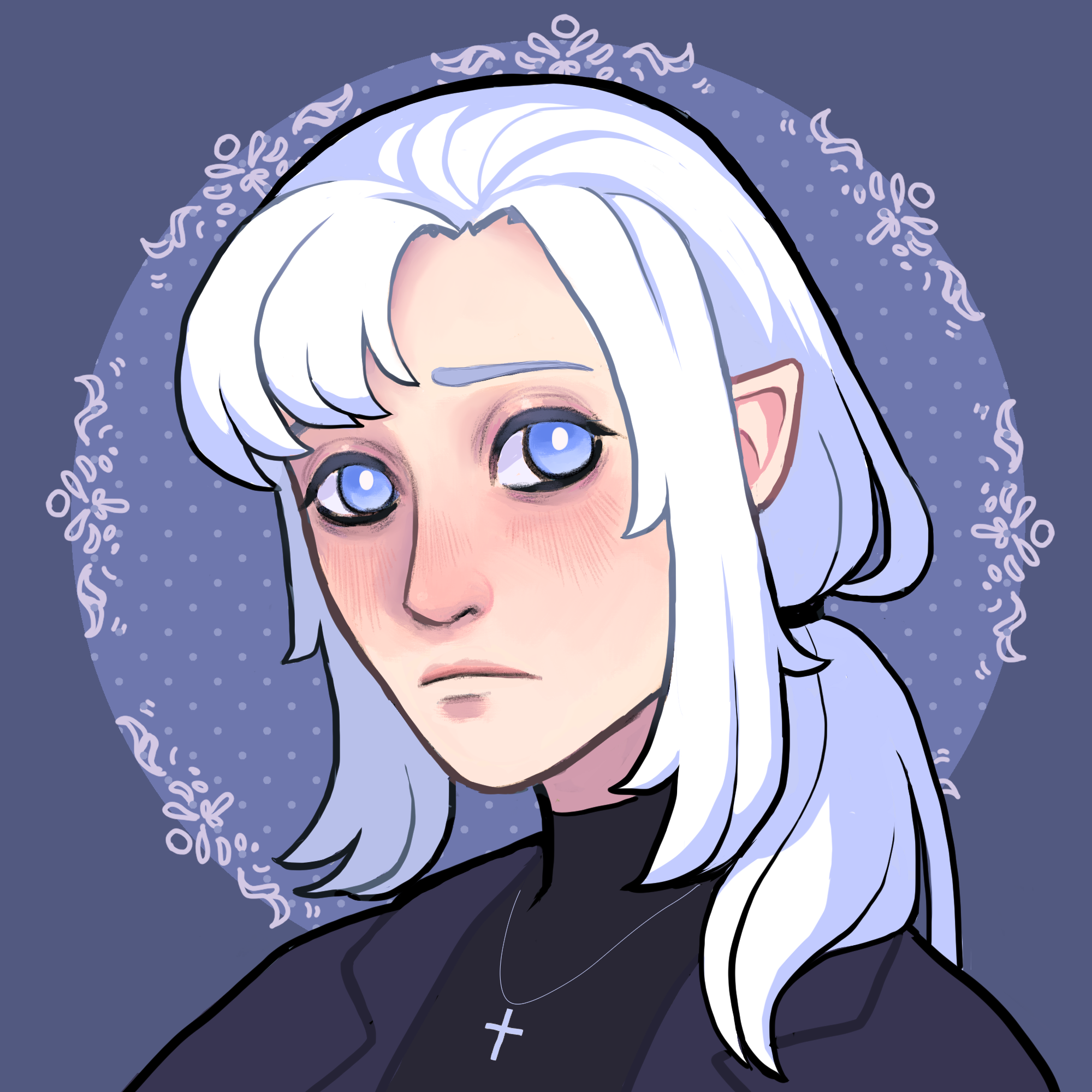 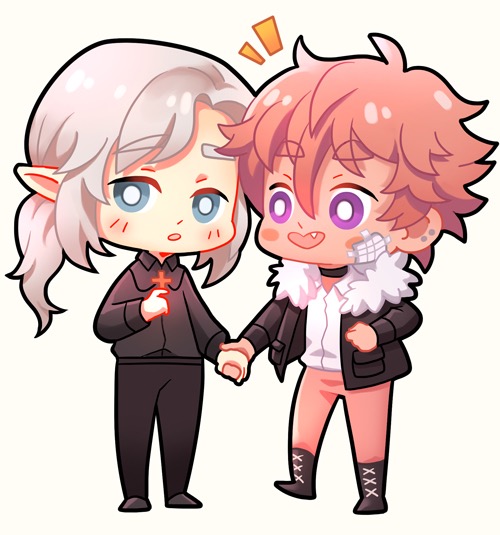 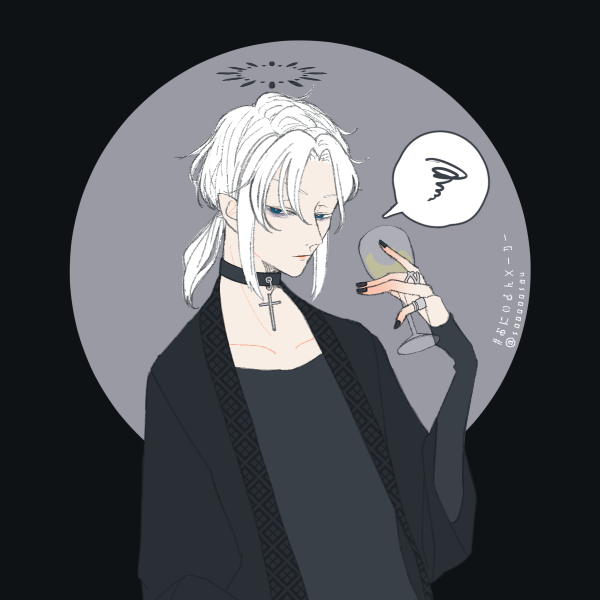 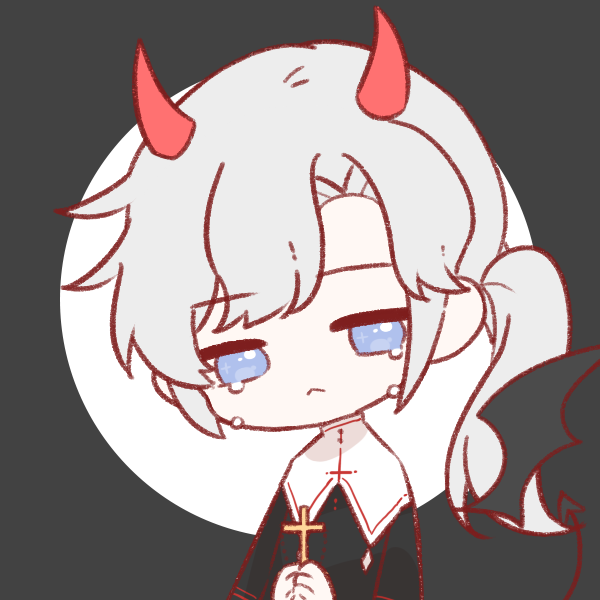 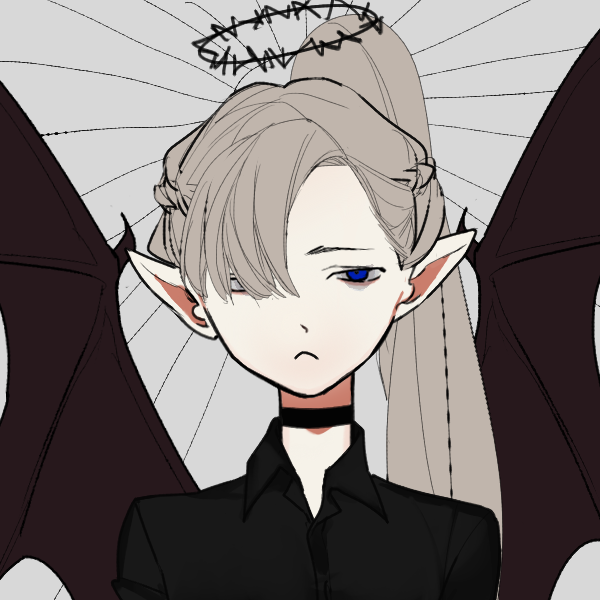 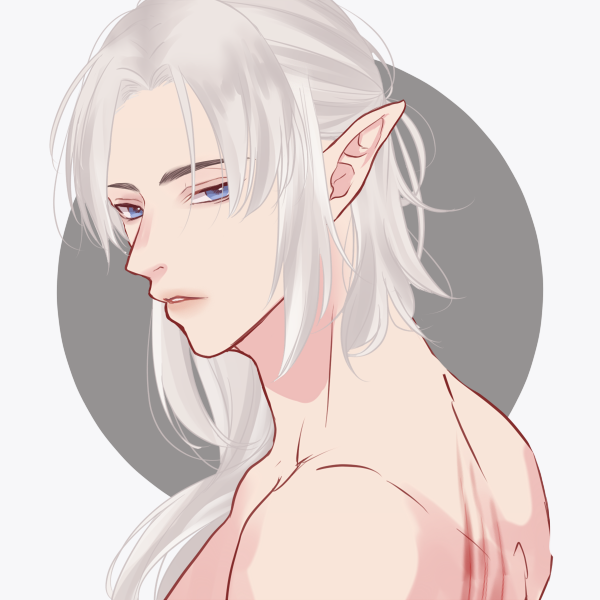 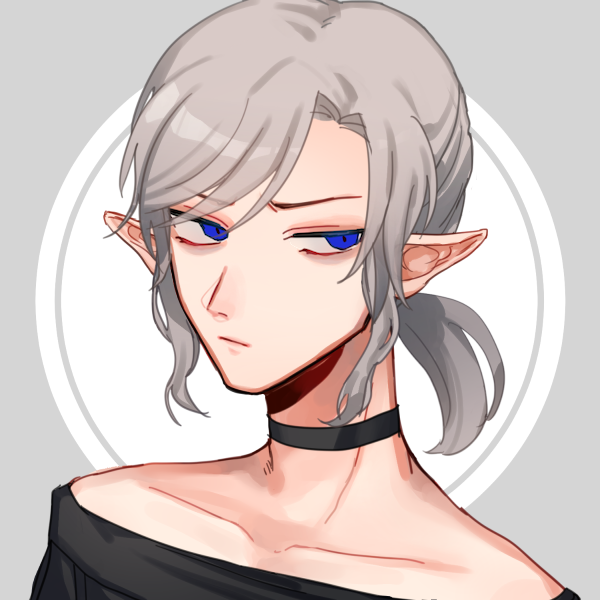 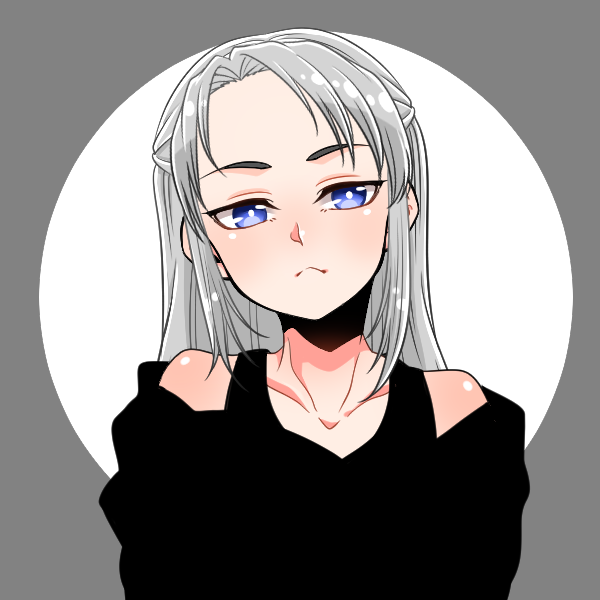 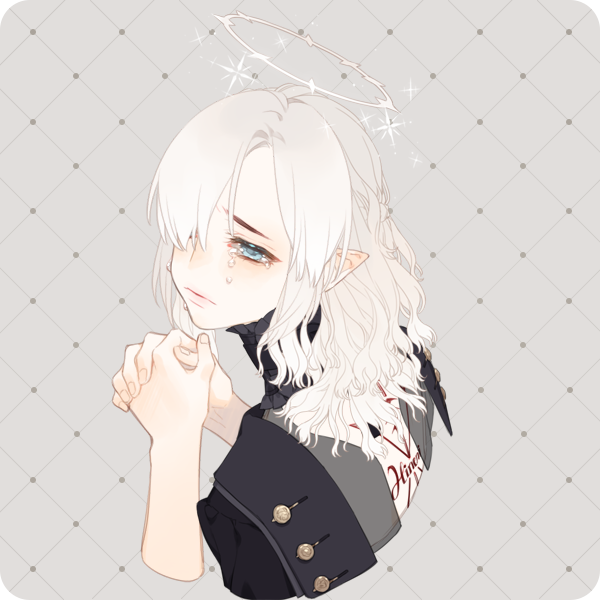 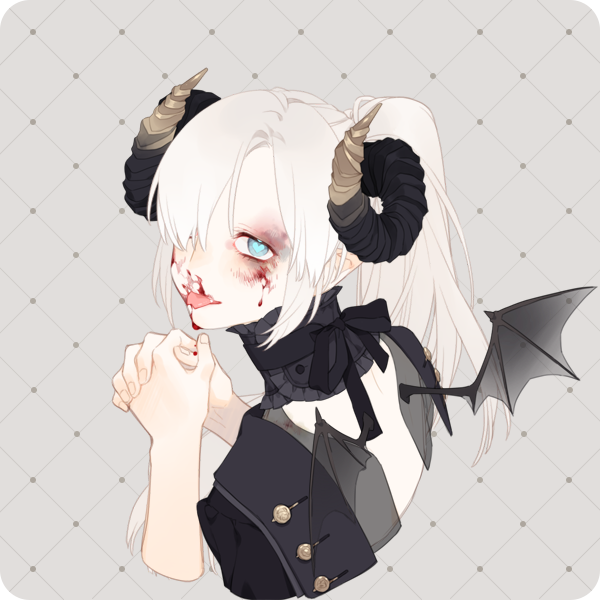 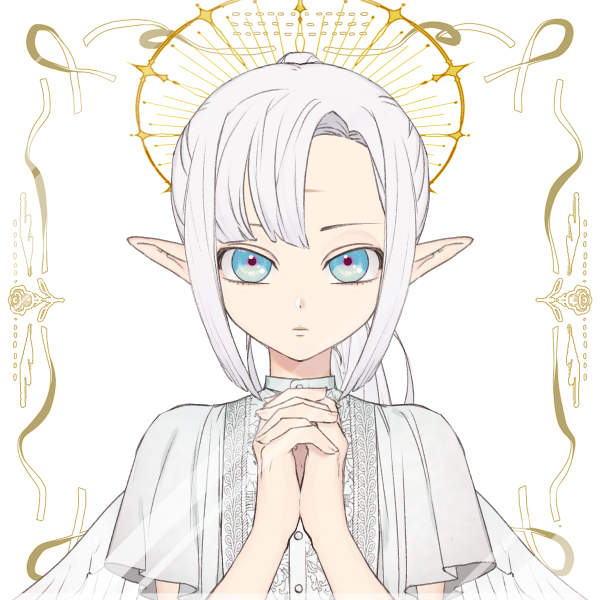 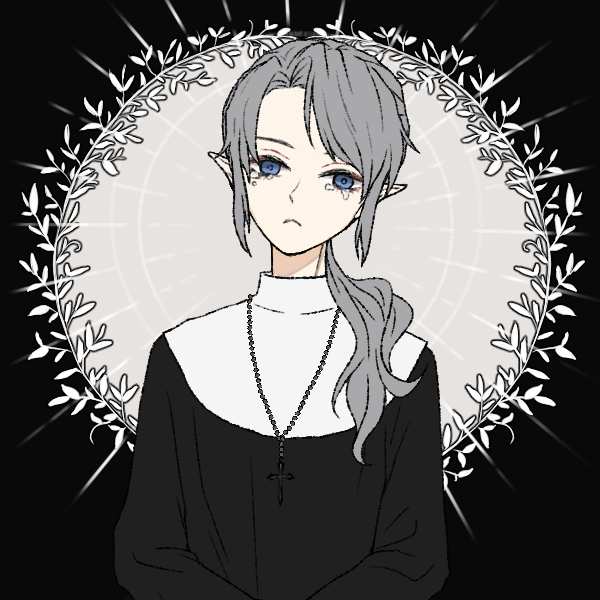 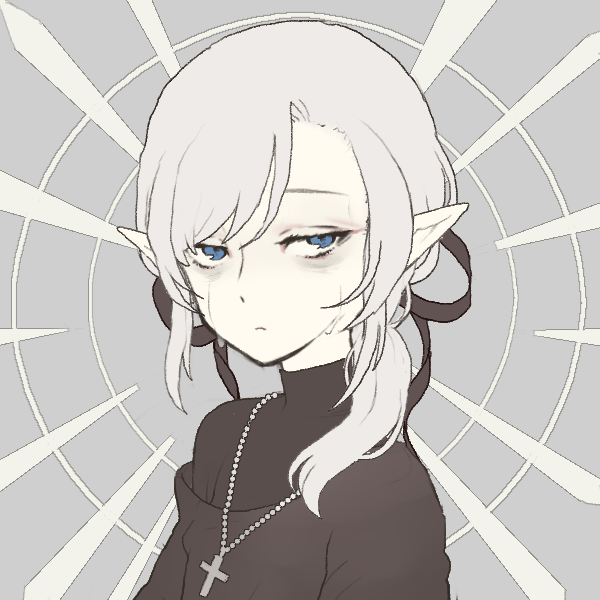